Associate Professor of Applied Physics and Head of the Complex Multilayer Networks (CoMuNe) Lab at the Department of Physics and Astronomy 'Galileo Galilei' of the University of Padua.

My research activity is at the edge of theoretical, experimental and computational aspects of statistical physics of complex systems, where theory is used to make hypothesis about empirical phenomena in biological, ecological, socio-technical and socio-ecological sciences, which are then validated on real (sometimes massive) data sets. To date, I have applied such tools to:


A (non-exhaustive) list of my current activities includes: I also find enough time to investigate hidden structural and dynamical patterns in complex real and virtual time-varying networks, with particular attention to social, biological and economic systems. Indeed, I develop models and simulations for human mobility, the spreading of epidemics and of information in real-world social networks.

My activities dealt with the theoretical development of multilayer networks and their applications to biological, neural, social, transportation and communication systems.

Jan 2016 - Jan 2018: Juan de la Cierva Research Assistant Professor at the Dept. Enginyeria Informatica i Matematiques at the Universitat Rovira i Virgili, Tarragona (Spain), hosted by the Alephsys group of Prof. Alex Arenas. My activities dealt with the theoretical development of multilayer networks and their applications to biological, neural, social, transportation and communication systems.

Feb 2013 - Jan 2016: Postdoctoral Research Fellow at the Dept. Enginyeria Informatica i Matematiques at the Universitat Rovira i Virgili, Tarragona (Spain), where I joined the Alephsys group of Prof. Alex Arenas to work within the PLEXMATH project. My activities dealt with the theoretical development of multilayer networks and their applications to biological, neural, social, transportation and communication systems.

Mar 2012 - Jan 2013: Postdoctoral Research Fellow at School of Computer Science, University of Birmingham (UK). My activities dealt with the investigation of hidden patterns and outlier detection in complex real (and virtual) networks. I was also involved in the study of time-varying networks, with particular attention to social, biological and economic data. Indeed, I developed models and simulations of the spreading of epidemics and information in real-world social networks. Finally, I investigated mobility patterns of individuals, trying to predict their movements by means of multivariate nonlinear prediction, based on phase-space reconstruction of mobility traces of individuals with social ties.


January 2009 - February 2012: Ph.D. candidate in Nuclear and Particle Astrophysics at Scuola Superiore di Catania. My studies dealt with the investigation of Ultra-High Energy Cosmic Rays (UHECR). In particular, I have developed a method to determine the anisotropy of their arrival direction distribution. The method involves a multiscale procedure, based on information theory and extreme value statistics, providing high discrimination power, even in presence of strong background isotropic contamination. Moreover, I have developed a novel code to simulate the propagation UHECR in a magnetized Universe (such a code is known as HERMES).
You can find here additional details about my Ph.D. thesis (abstract, table of contents, conclusions and outlook). You can also find more about the Auger Catania Group and the Pierre Auger Observatory.

In parallel, I have developed a framework, named TSUT (Time Series UTilities), for simulating dynamical systems (stochastic or chaotic deterministic) and for nonlinear time series analysis involving fluctuation theory, information theory, extreme value theory, chaos theory and multifractal theory of complex systems. Finally, I have introduced a novel method to capture nonlinearity or nonstationarity in small and noisy time series, and I have employed multiscale fluctuation theory to investigate the complex dynamics of river flow around the world.

In July 2008 I have got my Master degree in Subnuclear Physics (roughly equivalent to British Msc in Physics), with the thesis "Nonlinear Time Series Analysis of P. Auger's UHECR Arrival Times". The thesis work presents the results about the chaotic or stochastic nature of the dynamical system of Ultra High Energy Cosmic Rays detected at the Pierre Auger Observatory, by obtaining an autonomous set of equations from the Ginzburg-Syrovatskii transport equation. Researches were focused on the nonlinear analysis of the arrival times of those events with energy greater than 10 EeV in order to study, experimentally, nonlinearity and nonstationarity of the dynamical system they belong to. Preliminary results show a nonlinear dynamical structure emerging at energies greater than 40 EeV, putting in evidence the exciting perspective of few emitting sources with an hybrid, periodic and aperiodic, behaviour.

In November 2005 I have got my First level degree in Physics (roughly equivalent to British Bsc in Physics), with the thesis "CP and T symmetry violation in neutral Kaon-AntiKaons systems". The thesis work is about the experimental evidence of the Conjugation charge - Parity (CP) symmetry violation in neutral kaons decay, discovered by J.H. Christenson, J.W. Cronin, V.L. Fitch and R. Turley in 1964. Implications on Time (T) simmetry violation have been considered and a proof of the CPT theorem is presented in the framework of quantum relativistic mechanics. Finally, cosmological consequences of CP symmetry violation have been analyzed: by starting from the Sakharov hypotheses, the origin of the asymmetry between matter and antimatter in the universe is presented.


I like almost any type of music, extended landscapes and photography. I like very much to travel. 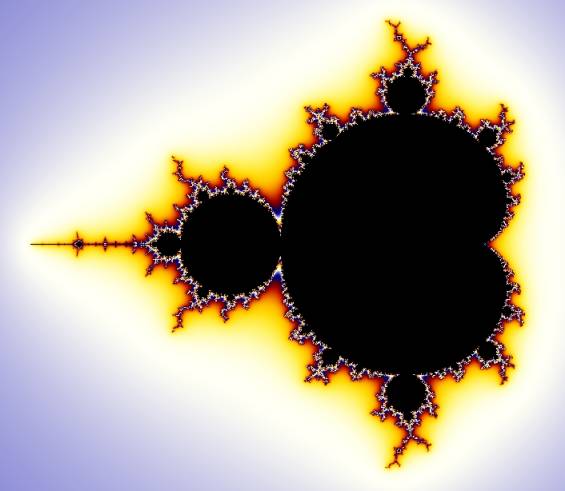