Influence of augmented humans in online interactions during voting events


Overwhelming empirical evidence has shown that online social dynamics mirrors real-world events. Hence, understanding the mechanisms leading to social contagion in online ecosystems is fundamental for predicting, and even manouvering, human behavior. It has been shown that one of such mechanisms is based on fabricating armies of automated agents that are known as social bots. Using the recent Italian elections as an emblematic case study, here we provide evidence for the existence of a special class of highly influential users, that we name "augmented humans". They exploit bots for enhancing both their visibility and influence, generating deep information cascades to the same extent of news media and other broadcasters. Augmented humans uniformly infiltrate across the full range of identified clusters of accounts, the latter reflecting political parties and their electoral ranks. 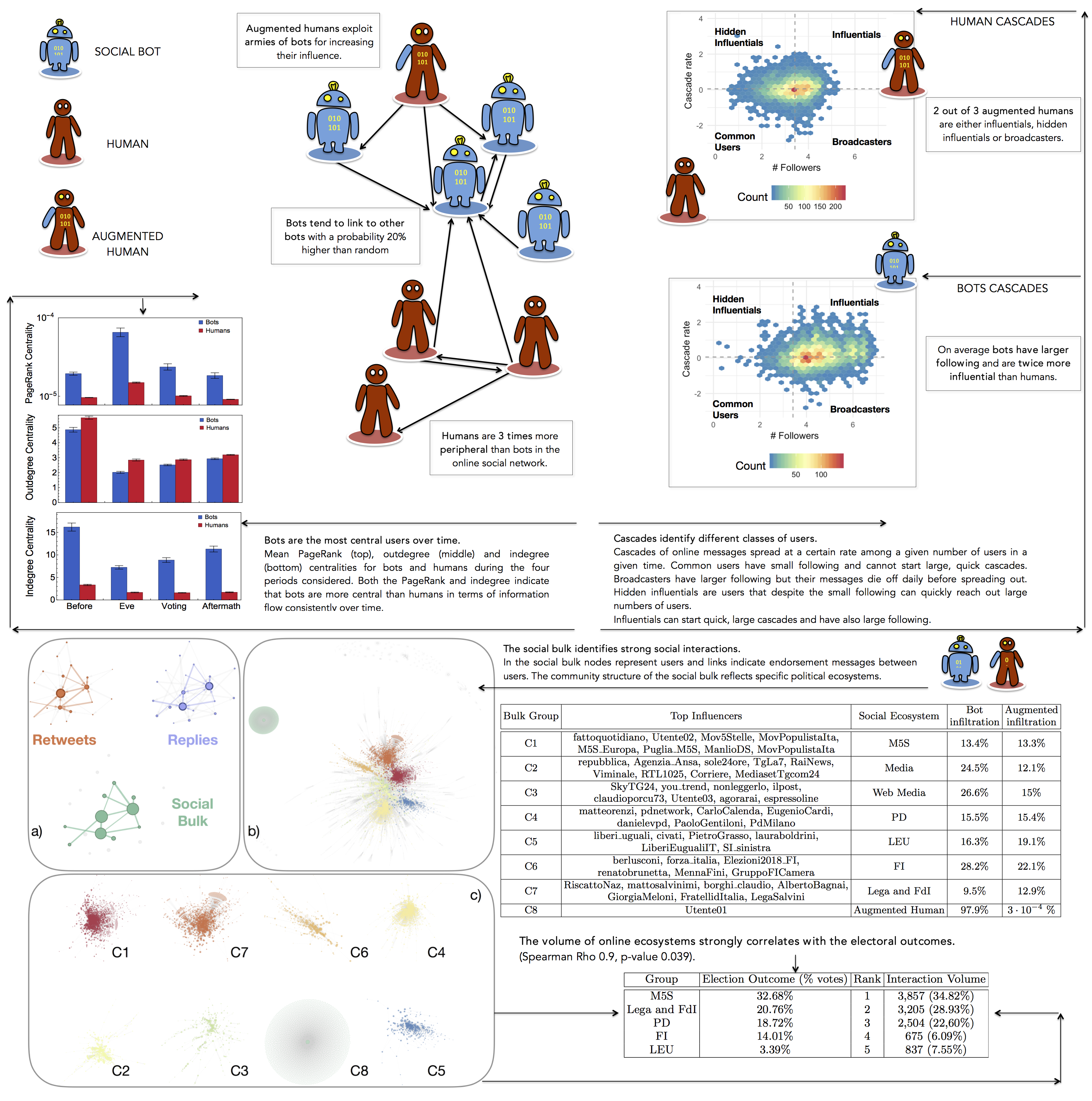