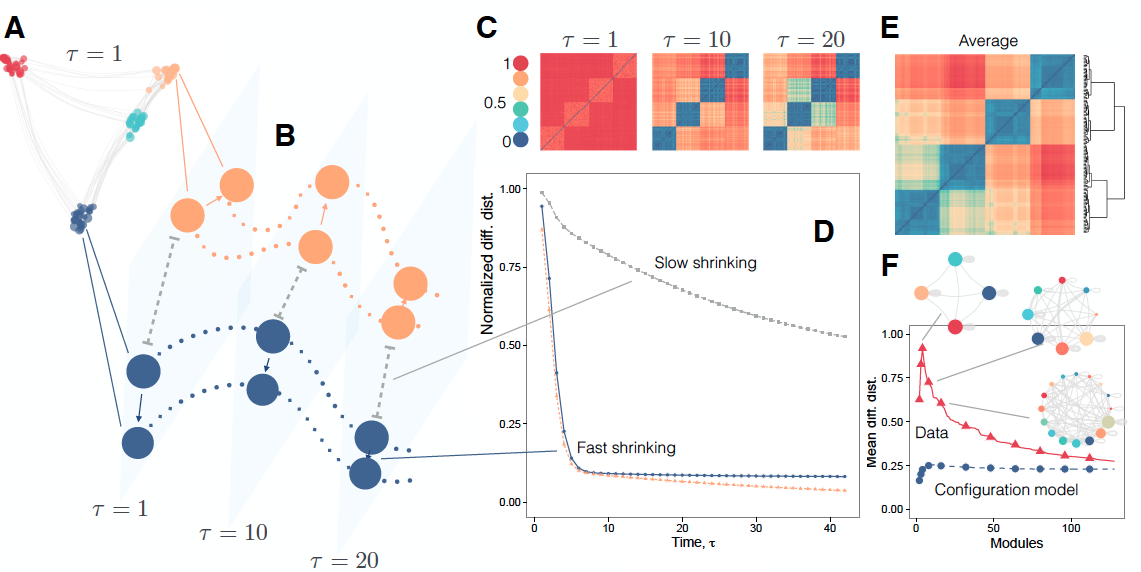 Many natural and artificial systems, from human brain to wireless sensors, are tightly interconnected and form networks. Interactions in systems with complex organization often leads to collective phenomena -- such as social agreement, power grid synchronization or consensus in distributed systems of machines -- which favor the temporary emergence of special groups of units, being people, sensors or neurons, each playing a crucial functional role. We propose a unifying approach, based on a special type of geometry developed for machine learning, named diffusion geometry, to understand and predict functional organization in systems with arbitrary complex structure. Diffusion geometry is defined by means of diffusion distance, originally introduced to build diffusion maps of complex data, to reduce their dimensionality by integrating local similarities at different scales, thus giving a global description of the data-set.
In the case of complex networks, it can be related to important dynamical processes, such as random walks and navigability, opinion dynamics like the DeGroot model and metastable synchronization in the Kuramoto model.
The main idea is that the backbone of a system alters the way a piece of information (e.g. a meme in a social network or data exchanged by machines) propagate between two endpoints. We exploit this unique behavior to build a geometric picture of the system, where clusters can be easily identified.
The framework can be used for a variety of application, such as building functional maps of the human brain and more effective representations of groups in structured populations. Other potential applications include machine learning and systems biology.

Functional clusters in Macaque visuo-tactile cortex. Diffusion geometry analysis of the anatomical connectivity (335 visual, 85 sensorimotor and 43 heteromodal) from 30 visual cortical areas and 15 sensorimotor areas in the Macaque monkey clearly reveals the regions corresponding to the two areas, while unraveling more detailed functional clusters which are persistent across time. (A) Average diffusion distance matrix of the empirical network, (B) of its configuration model and (C) network of functional super-units which is most persistent across time and significantly different from random expectation. 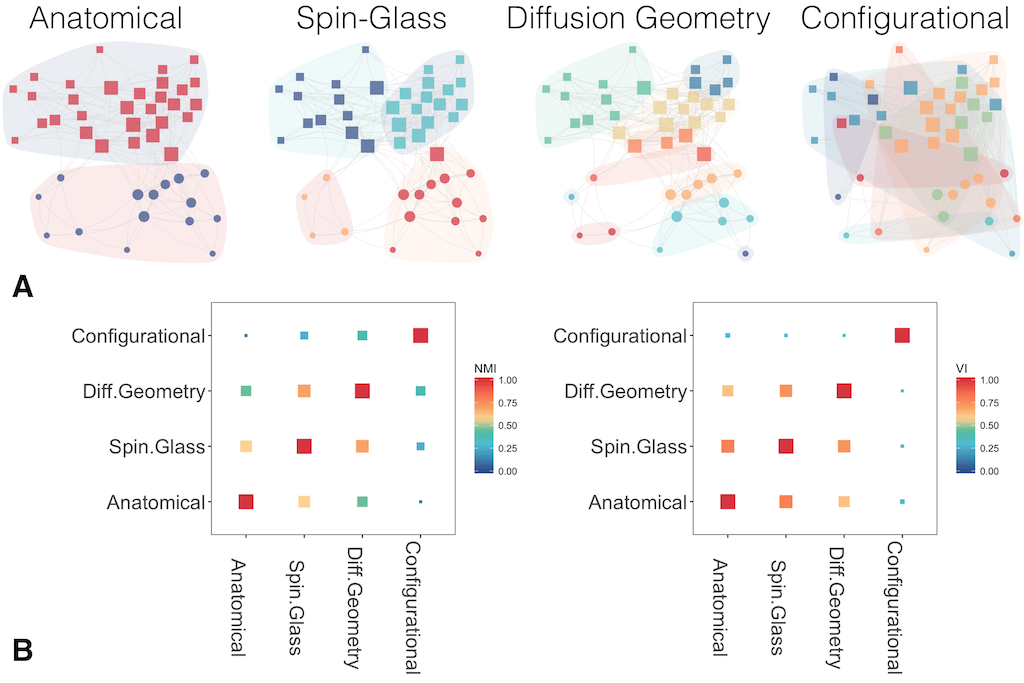 Novel information from diffusion geometry. The network representation of the Macaque visuo-tactile cortex is shown in (A). Node's shape encodes anatomical information (circles for sensorimotor areas, squares for visual ones). From left to right, nodes' and groups' color encode the clusters identified from anatomical information only, spin-glass community detection, diffusion geometry functional clusters and configurational clusters (i.e., obtained from a representative random realization of the empirical network, while preserving the underlying degree distribution). (B) The similarity among the identified clusters is quantified by normalized mutual information (left) and variation of information (right).

We exploit diffusion distance to embed the nodes of the network into a metric space (e.g., by using multidimensional scaling). The geometry of this space might help to gain new insights on structure and dynamics of the system:

Recently, the above framework has been generalized to the real of multilayer networks and distinct types of random walk dynamics. 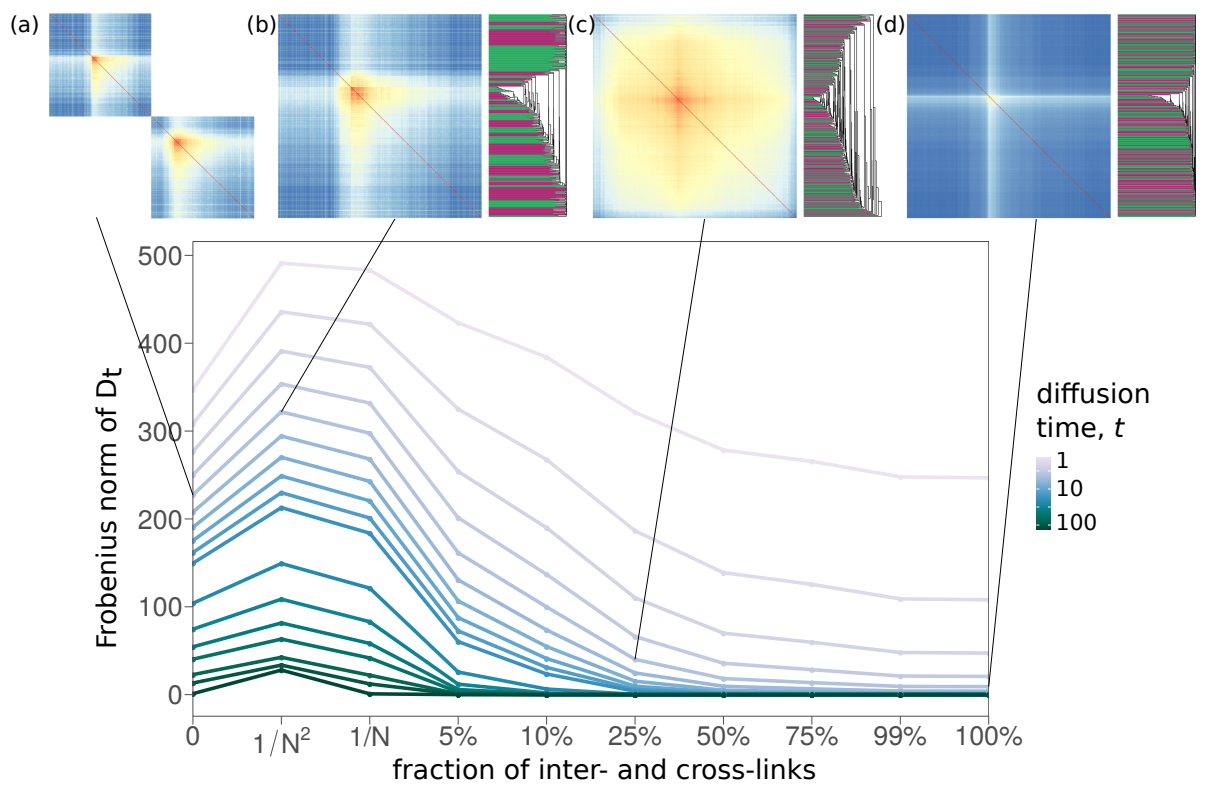